I’ve been using an assertion framework at least similar to the one I’ve put up on CodePlex called Specificity for quite some time now. The main goal of that library is solely to provide an assertion framework that’s extendable and discoverable, and it does so in a fashion that doesn’t tie it to any specific test framework. The naming conventions used within Specificity follow a more of the BDD form rather than the TDD form, with Should instead of Assert. However, I’ve not actually used any of the BDD frameworks available for .NET, mostly because I have to use MsTest at work and I am accustomed to using it and so continue to use it outside of work. Recently, I’ve been experimenting with following BDD at least to the extent that my unit testing framework of choice will allow (the Test terminology leaks through in the attribute names used, which BDD purists would not care for). This has eventually lead to me experimenting with a base class that I think may be useful for inclusion in Specificity. This base class isn’t tied to any testing framework, and thus could be a drop-in base class for tests you write using any existing testing framework, much like the assertions in Specificity. The base class is really quite simple, though I’m sure it could be expanded. Part of the inspiration came from Jean-Paul S. Boodhoo, though I’ve simplified it quite a bit in ways that most developers would be more comfortable with, I think. Here it is in all its glory (such as it is):

That’s it. I told you there wasn’t much to it. I’ve chosen to follow the AAA (Arrange, Act and Assert) terminology rather than the “context” and “because” terminology used by Jean-Paul, but the examples from the blog post of his that I linked are easily translated. Here’s his first example, just to give you the flavor of how this is used.

Of course, this was in MsTest, but you should be able to easily translate it to whatever test framework you use. I’ve not leveraged the Setup concepts available from most testing frameworks because it would tie the code to a specific testing framework, and because some frameworks (looking at you, xUnit.net) don’t have the concept, relying on the constructor instead. I’ve not addressed cleanup here, though it should be possible to work that one out. If your test methods are side effect free (they should be), there’s little purpose in enabling cleanup, so I’ve not bothered to think to deeply on that one.

This seems extremely simplistic, but the point behind the base class is to force a BDD approach to testing, where you have a test per feature, rather than a test per class. It’s a poor man’s addition to a TDD framework to enable a BDD style.

I’d love to hear input on this one. What do people think of the idea? What about the implementation? Should something like this go into Specificity? Nit-pick me to death, please. 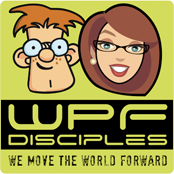